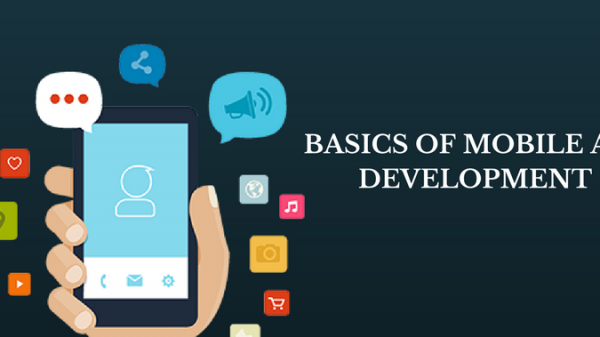 Even though the program and design of mobile app development vary in accordance with the platform, Basics of development stay the same except for some minor aspects. Development approach and things to consider at the time of app development are relatively similar in every platform.

Before the development, you need to set the goal to achieve through your mobile app. Have in mind the things that need for the success of the app.

As it stands, the global mobile market is dominated by two giants, Google-developed Android and Apple-developed iOS. As of Now, Google controls 51% of world’s smartphone’s through third party device manufacturers like Samsung, HTC, LG, Motorola and so on. And, Apple has 46% of smartphone market through their flagship product iPhone.

Apart from Android and iOS, there is Windows Phones and Blackberry Phone also. But the market share of blackberry and windows phones are declining. So, From a developer’s perspective, their small, shrinking business means, there is little to consider of them.

Android play store has around 2.2 million apps and Apple store has 2 million apps as of 2016. Therefore you must do some research and find which platform is suitable for your effort and also about the competitions and App visibility.

Picking the right approach is imperative in app development. Preferably, App development approach must be in accordance with the time and budget frame.

Native Apps offers reliable, faster functionality and delivers the best user experience. User engagement in the native app’s is comparatively higher than the rest of developments approach. These apps are platform oriented and can be adapt to wider device features. But, this development approach is time-consuming and at a time expensive. Moreover, developers should need skill and expertise in multiple programming languages for cross-platform development.

Web apps are the platform independent apps which are the cheapest and quick approach available on the market right now. This development approach uses JavaScript, CSS, HTML5 or other languages. Basically, web app approach is used to build simple functionality apps which are less expensive. But, this simplicity also had some downsides. Web apps are limited in feature compared to the general apps and lack efficiency. This app also needs data connection to work.

Hybrid is the freshest approach to app development. This development uses cross-compatible web technologies. Consolidates pre-defined native packages with on the fly web coding’s in order to deliver the best of both platforms. Hybrid apps are faster and easier to develop. But in some case’s it take substantial work and time to build a hybrid app than the native app.

User Experience is the paramount thing to consider in the mobile app development. Even if it may be easy to make an application, it’s hard to construct a good experience. the measures to enrich user experience starts with reducing the navigation through the app and taking the user’s directly to the contents they looking for. UX have a direct connection with the size of icons, layouts, menu grid and colours. and it also concern with the integration of apps user interface with application logic. Developers must consider and identify the plausible and best choice for the above the aspects in order to deliver the richest UX.

5.Deal With Memory And Bandwidth Constraint

Memory and network bandwidth are the issue’s directly connecting the mobile device. Mobile memory is relatively lesser than their PC counterpart, even though the advanced technologies helps to enhance the primary memory of recently released mobile devices. So to reduce the ample usage of memory in mobile, we have to optimize full-resolution images and larger files.
Network Usage is one of the aspects that we need to acknowledge with significant. bandwidth have a straight tie with battery life. Users have more concerns on their mobile devices battery life lately. So there is a plausible reason to underrate your app on that factor. Simplify your apps network usage and minimise memory use for the affluence.

Testing your Mobile app is the thing you do frequently. It starts before the initial roll out of your app, then after the launch and users feedback and rating, then throughout every update of your appTesting your app makes it flawless and help you to improve user experience(through resolving the error found in the test phase).

These are the basics of mobile app development. Developer should be taken account these basic things before building a mobile app prototype. Apart from these, some others things will also affect the outcome of your mobile app. App advertising will have a crucial impact on your app’s visibility and awareness, and the area where you are intent to release the app will also have a hand in the success of your app.

How much does it cost to build an On-Demand Delivery App?

Thinking Beyond Transactions with Digital Wallets!